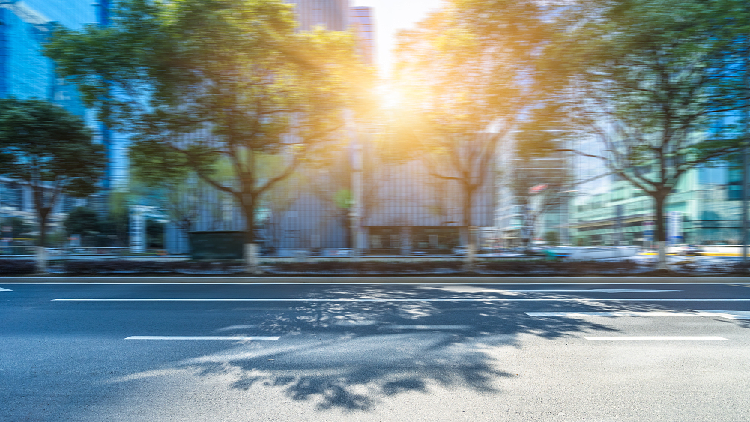 Editor’s note: Zhu Xufeng is Professor and Executive Dean of the School of Public Policy and Management and Executive Director of the Institute for Sustainable Development Goals at Tsinghua University. The article reflects the views of the author and not necessarily those of CGTN.

The 14th BRICS Summit will be held on June 23 in Beijing, during which China will pledge to implement the United Nations 2030 Agenda for Sustainable Development and further promote the Global Development Initiative in cooperation with other BRICS countries as well as international and regional communities around the world.

This summit reminds me that in 2009, just before the United Nations climate conference in Copenhagen, I published a short article in temper nature The magazine called on developed countries to take the lead in cooperating with developing countries to confront global environmental degradation and climate change.

During that period, many technologies to reduce carbon emissions, such as carbon capture and storage, were still in an experimental stage, with the United States, Germany and Japan leading research and development. At the same time, many new power plants will be established in developing countries, providing opportunities for cooperative projects with developed countries to apply new technologies, if agreements on clean energy programs and emissions reduction can be reached.

Therefore, I said that such win-win cooperation on technical projects would increase the chances of successful implementation of practical approaches to addressing climate change.

However, developed countries have not been doing well in driving global environmental and climate action due to domestic political turmoil and regional geopolitical conflicts. For example, the United States officially withdrew from the Paris climate agreement during the Trump administration in 2020. Germany reactivated coal-fired power plants amid shortages in gas supplies during the Russia-Ukrainian conflict in 2022. Many developed countries are trying to rebuild their economies after a pandemic COVID-19 by stimulating investment and infrastructure construction projects without considering energy conservation and emission reduction.

On the contrary, China has played a more important role in global environmental and climate cooperation efforts than ever before in promoting global green development and addressing climate change. On September 22, 2020, Chinese President Xi Jinping announced at the United Nations General Assembly that “China will increase its contribution to national ownership and adopt stronger policies and measures to achieve peak carbon dioxide emissions by 2030 and strive to achieve carbon neutrality by 2060.”

This ambitious and important declaration demonstrates China’s strong will to advance green development and its clear stance toward making new contributions to the global response to climate change.

Moreover, President Xi stressed at the Boao Forum for the Annual Meeting of Asia in April 2021 that China will build a closer partnership for green development and strengthen cooperation in green infrastructure, green energy and green finance. In September 2021, President Xi announced at the United Nations General Assembly that China will firmly support the development of green and low-carbon energy in developing countries and will not build new coal-fired energy projects abroad.

The pledge is another major step after China issued a declaration of peak carbon and carbon neutrality, committed to the “14th Five-Year Plan” period, and moved to tightly control coal-fired power projects and coal consumption growth. This effort followed the launch of the National Carbon Emissions Trading Marketplace in July 2021.

As we can see, China is focusing on self-determination and regional ties to accelerate the establishment of a new type of international relations in which win-win cooperation is the core. In line with the profound changes in the “unprecedented close interaction of the international community”, the Chinese government has taken the initiative to assume its international responsibilities and actively participate in international affairs.

Beijing is concerned with global environmental and climate governance and is trying to promote international cooperation in which China and other countries stand shoulder to shoulder and help each other. China is also committed to and practices multilateralism, working with other countries to meet challenges in the field of climate and environment, and protect our beautiful blue planet.

In short, the global governance vision of “working with other countries and international organizations to strengthen the management of the global ecological environment” was put forward. It injects new impetus into the multipolar development of global environmental governance and provides a good lesson for developing countries.