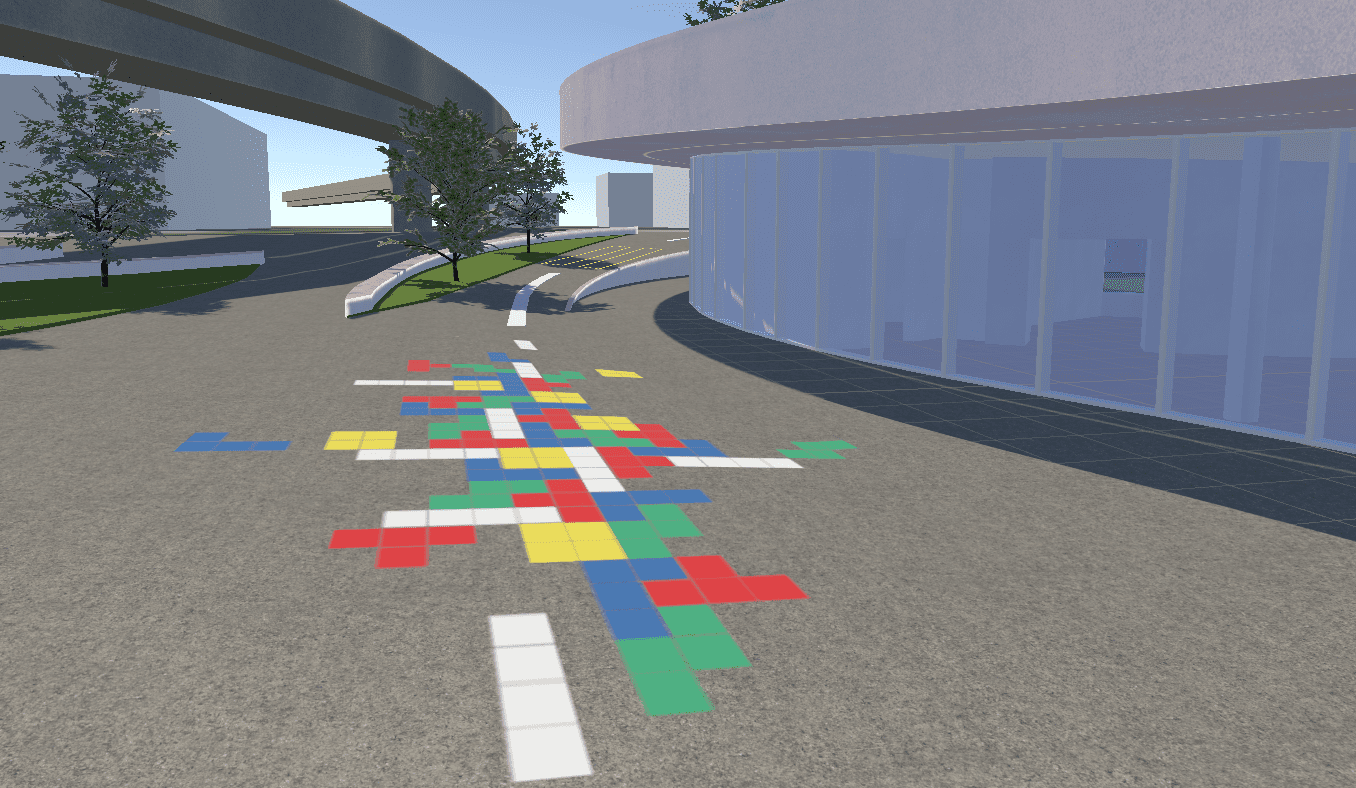 Living in a city can sometimes be daunting. From crowded streets to noise pollution and faded gray buildings, cities can dramatically affect our well-being. However, the potential solution may lie in the colors. According to a new study, introducing bright and green colors into our cities can make people happier and calmer.

Previous studies have shown that exposure to nature can improve well-being. Trees, plantations, and even lawn mowings play a large role in restoring positive moods and emotional states in cities. However, it is not always possible to introduce vegetation into urban environments due to low budgets and design limitations.

City designers were then inspired to use color to include green patches of color on building walls and streets, with examples from Berlin to Vancouver. However, the actual impact of this on the population was not clear. A team of researchers from the University of Lille in France took a closer look at this using a virtual reality simulation.

“Measuring pleasure and motivation in natural environments is challenging,” study author Yvonne Delevoy Turrell said in a statement. “Human reactions are sensitive to environmental changes, such as weather or traffic, and bias measurements. Thus, we used virtual reality as a proof of concept to measure reactions.”

Using virtual reality technology, the researchers created an immersive urban environment with either no plants or some green. They also insert colored patterns into one of these virtual environment tracks. They worked with a group of student volunteers, who immediately walked into the lab wearing virtual reality goggles equipped with eye-tracking devices.

The study confirmed that urban vegetation was perceived as more pleasant than urban concrete environments. Walking speed was decreased in urban vegetation compared to urban concrete, indicating that green urban settings provide some physiological recovery. No changes in heart rate were recorded due to the introduction of green elements.

While the study did not find an effect of color designs on walking speed, interest and excitement were triggered by the use of colours. The perceived pleasure was greater in the color designs than without it. Also, mean heart rates were greater with color designs in urban gray and green environments, indicating that color designs increased physiological arousal.

“Urban planners can use our virtual reality approach and use science-based visual interventions to encourage citizens to pay attention to land surfaces, for example, when a road is under construction or in danger of flooding,” the researchers wrote. “The use of color design principles can also be powerful to guide pop-up interventions that would control travel through the city and forest.”

The study was published in Frontiers in Virtual Reality.