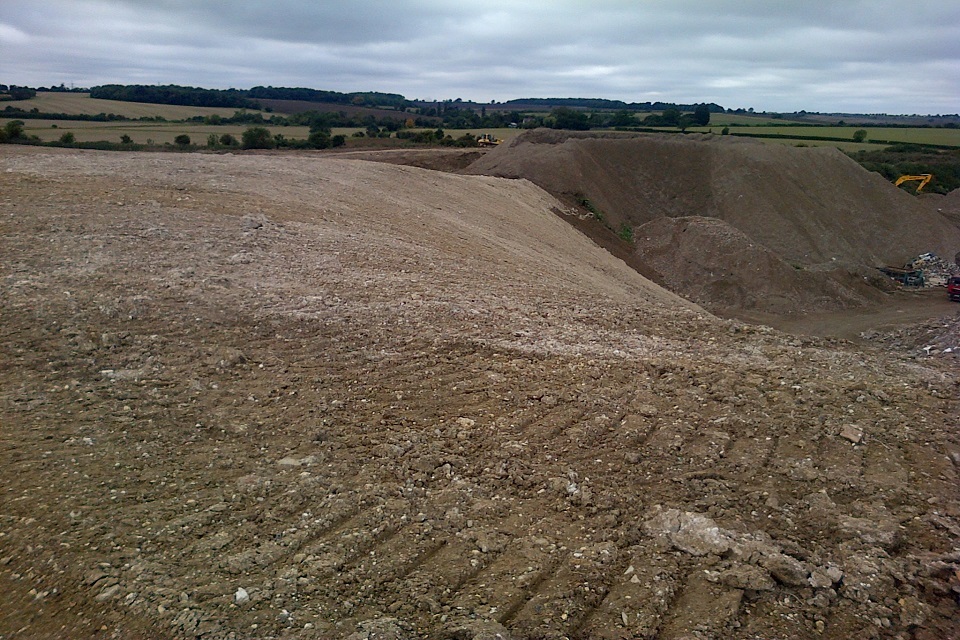 A former Hertfordshire company chief has been fined and awaits another sentence after massive amounts of illegal waste were dumped at a quarry.

Nicholas Bramwell, then a junior manager of Anstey Quarry Company Ltd, and his main partner Liam Winters, ignored the Environment Agency’s instructions to stop filling the landfill site near Royston with banned waste. More crimes were committed at a second location in the province.

A judge at St Albans Crown Court has fined 42-year-old Bramwell £1,450 after he pleaded guilty to breaching 5 counts of environmental law in Anstey Quarry and a local shooting ground.

Winters, based in Warwickshire, has pleaded guilty to the same charges but will be sentenced next year after separate court proceedings brought by the Environment Agency.

The Anstey Quarry Company Ltd leased the quarry in Buntingford and received permission from the Environment Agency to treat and dispose of up to 10,000 tons of clean soil waste.

However, the court heard that the accumulated waste was said to be 30 times more than this figure, and contained small fragments of contaminated plastic, wood, metal, packaging, as well as soil.

The company stood to save money in the amount of landfill tax it pays, based on the type and amount of waste held in the landfill.

Investigators first visited the site in February 2015 and told Winters and Bramwell that huge quantities at the site increased the risk of contamination as they decomposed. They were given a month to dispose of it legally in a landfill.

A pile of prohibited waste reached 20 meters high in the sky as high as 5 double-decker buses. Soil was used to cover some of the offending remains in a futile attempt to avoid detection.

The officers returned there a few weeks later, insisting that the suspected waste be removed, but things got worse.

By July, the men had ignored an executive notice from the Environment Agency to stop illegally filling the landfill.

Claire Richards, the facilities officer at the Hertfordshire Environment Agency who led the investigation, said:

It was clear every time we visited Anstey Quarry over the course of almost 18 months how there had been no fundamental change in the illegal way the site was operated.

Operations like this are harmful in many ways, including potential or actual damage to the environment through the illegal storage of waste materials; and the financial impact on businesses that follow the rules, pay for them, and protect the environment.

Despite warnings from the Environment Agency to stop, the company continued to bring illegal waste to the site. Winters and Bramwell knew the risks.

Then the officers’ attention was brought to the landscaping work of the men’s company at the firing grounds in Nothampstead, a few miles northeast of the quarry.

More plastic, wood and metal were transported in bulk to the site to build bridges or dams that were 10 meters high when investigators searched them.

Before Bramwell was fined £1,450, Judge Michael Simon reminded the court that “the importance of sound environmental management cannot be overstated”.

The judge also ordered the director to pay £8,000 to cover the Environment Agency’s costs to investigate and bring the crimes to court, and an additional cost of £120 to the victim.

Bramwell, of Shepherds Close, Royston, pleaded guilty in St Albans Crown Court on June 8 to 5 counts of breaching Regulation 38(2) of the Environmental Permits (England and Wales) Regulations 2010, in connection with the burial of significant quantities of potentially harmful waste. . .

Winters, 45, of High Street, Helmorton, rugby, has pleaded guilty to the same crimes and will be sentenced after a separate trial in March next year, when he is due to face new charges of illegal dumping at a quarry near Stevenage.

The crimes at the Anstey Quarry and Nuthampstead shooting range occurred between July 2015 and March 2016 and from August 2015 to March 2016 respectively.

There is no indication that the owners of either site played any role in the criminal activity.

The Anstey Quarry Company Ltd went into liquidation in 2018.