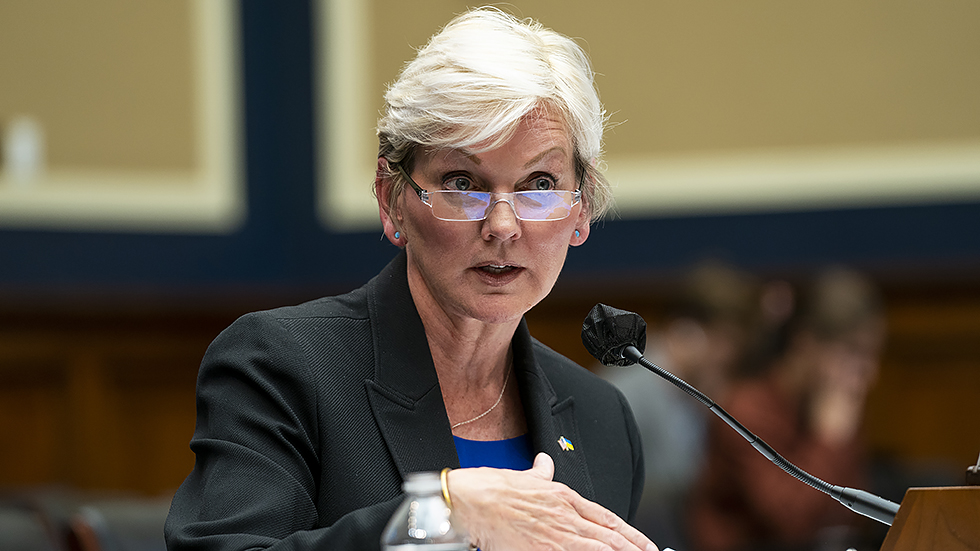 Minister of Energy Jennifer Granholm Will meet with oil executives. The Supreme Court rejected an attempt to dismiss a lawsuit over the Roundup weedkiller.

This is overnight energy and environmentYour source for the latest news focused on energy, the environment and beyond. For The Hill, we’re Rachel Frazen and Zach Bodrick. Someone forward this newsletter to you? Subscribe here.

Energy CEOs will meet in Granholm on Thursday

Energy Secretary Jennifer Granholm will meet with oil industry executives on Thursday, the White House said, as the administration looks for solutions to bring down soaring gas prices.

White House Press Secretary Karen-Jean-Pierre confirmed plans for the meeting in brief Tuesday, saying it would include all seven executives to whom President Biden sent letters last week urging them to increase gasoline and diesel supplies.

high tensions: Biden wrote a letter to executives at all seven companies last week accusing them of profiting from the Russian war in Ukraine by keeping the supply of refined products low and absorbing record profits as prices soar.

The president called on companies to take steps to increase supply in order to lower the price of gasoline, which averages about $5 a gallon nationwide.

Chevron’s response: “Chevron and its 37,000 employees work every day to help provide the world with the energy it needs and raise the quality of life for the billions of people who depend on these supplies,” Chevron CEO Michael Wirth wrote in a letter to Biden on Tuesday.

Despite these efforts, your management has largely sought to criticize, and at times discredit, our industry. These actions are not helpful to meet the challenges we face and are not what the American people deserve.”

Wirth wrote that the company is seeking more support from the Biden administration, including “clarity and consistency” on federal leases and permits, and called for “honest dialogue” about balancing energy, economic and environmental priorities. Wirth said he looks forward to meeting Granholm.

The Supreme Court on Tuesday rejected an appeal from Bayer that sought to overturn a “pioneer” lawsuit alleging that its herbicide in Roundup was a carcinogen.

In May, a federal appeals court in San Francisco approved a court ruling that Monsanto, which was acquired by Bayer in 2018, did not adequately warn consumers about the cancer risks associated with the product.

In that ruling, the Ninth Circuit Court of Appeals called Hardman’s case a “pioneer” that could pave the way for thousands of similar lawsuits.

Monsanto appealed the decision to the Supreme Court, arguing that the Environmental Protection Agency (EPA) found the product to be safe had superseded California’s No-Alarm Act, the basis for the ruling.

The World Health Organization’s International Agency for Research on Cancer deemed glyphosate to be “probably carcinogenic to humans” in 2015.

Meanwhile, Bayer expressed disappointment in a statement on Tuesday.

“The company believes that the decision undermines companies’ ability to rely on formal actions taken by specialized regulatory agencies, as each US state is allowed to order a different product label,” a Bayer spokesperson said.

“While this decision ends Hardman’s case, there will likely be future cases, including the Roundup cases, that present the US Supreme Court with preemptive questions like Hardman and could also split the circuit.”

Read more about the case here.

On Tuesday, the House Appropriations Committee introduced bills to fund the Department of the Interior, the Environmental Protection Agency and the Energy Administration.

The upper lines as per the bill:

remind: This may not be the final funding bill, as Senate seizers create their own version.

Finally, there is something odd and amazing: Ooo-mboush