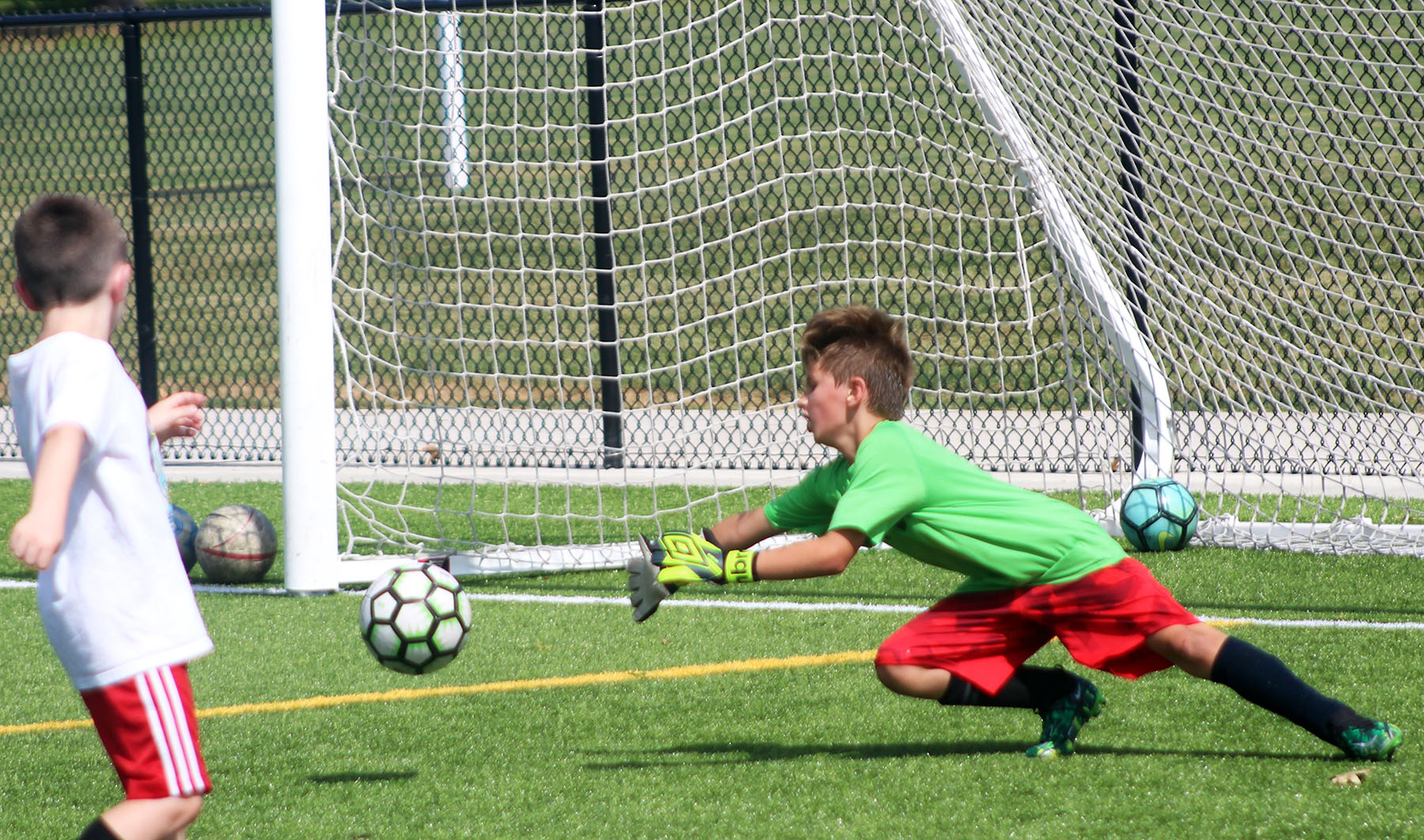 And he’s having a great time at last, Marquette Explorers Football Camp, which is taking place this week in Gordon Moore Park.

“All is well and everyone is having a good time,” Honer said during Wednesday morning’s hearing. “The weather was good and the kids were great.”

“Playing on artificial turf was a concern at first, but starting to play at nine in the morning helps,” Honer said. “It’s much better than in the afternoon or even evening. Plus, we give the kids lots of breaks in the water and opportunities to relax.”

There are 40 players enrolled in this year’s camp, ranging in age from third through eighth grade.

“It’s a good age distribution and it’s pretty even between girls and boys,” Honer said. “It’s a really good group of kids. I think they’re learning and having a good time too.”

Football Camp is one of 11 camps Marquette introduced this summer. The remaining camps include Junior Blue Crew Camp July 18-21 for grades 1-3, football camp July 26-28 and theater camp August 1-5. A cheerleading camp will be offered this fall.

“(Football camp) gives the kids a good chance for Marquette and I hope it will help develop the game and increase interest in football.”

“It’s good for high school players,” Hoener said. “They get hours of service to work in the camp and I think when they teach, they can also learn.”

There is little “dead time” in the camp.

“For campers, the long queues for rehearsals could mean a lot of trouble,” Honer said with a laugh. “Keeping things moving as much as possible is key.”

There’s a time for seriousness at Hoener Camp and a time for fun – with the emphasis on fun.

“There are always some characters that you can identify in a camp like this,” Honer said. “It’s one of the features of working in camp. There are some real characters and it’s fun.

“It’s great to see the kids come back year after year,” he said. “You can see how she has grown and how she has improved.

“And in some cases, in two or three years, we’ll see some of them walking the corridors of Marquette.”