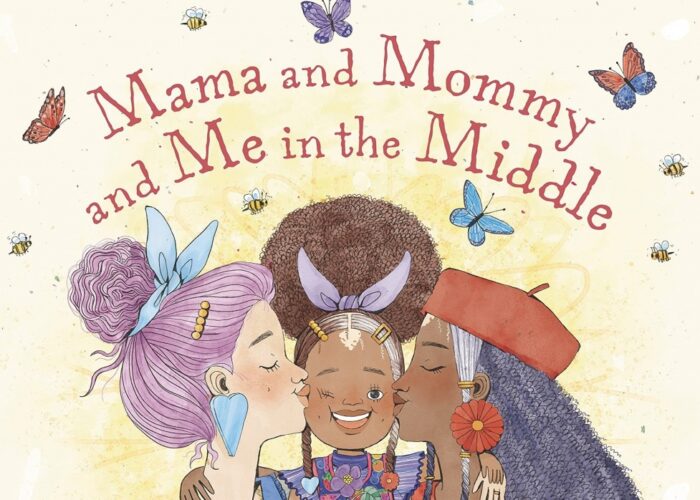 June is Pride Month, and it’s a good time to openly celebrate the LGBTQ+ community. But it is also time to carefully assess the pressures to marginalize this community. One particularly effective method is to ban books with LGBTQ+ content from schools across the country.

Take Florida, for example. From July 1, it will be illegal for public school teachers to offer classroom lessons about sexual orientation or gender identity in kindergarten through third grade. Therefore, teachers may be at risk of sharing favorite books that even refer to same-sex parenting. There’s “And Tango Makes Three” by Peter Parnell and Justin Richardson. Even a penguin chick can’t have an appan.

This “Don’t Say Like Me” law indicates a slight increase in censorship of books in classrooms and school libraries. Measuring this trend is PEN, a nonprofit organization dedicated to free speech. From July 2021 through March 2022, the book counted more than 1,500 banned books in 86 school districts in 26 states. Of these, 33% explicitly include LGBTQ+ traits and personalities.

Many recent books may increase this number, which will roll back recognition of the hard-earned LGBTQ+ experience in schools. Here is just a small sample.

Business travel is back, which makes the warm picture book relevant. The Bay Area author remembers her daughter in the sad young hero of the story. She longs for her mother’s return from a business trip, saying “I miss her as deeply as a scuba diver in the depths of the ocean” and “as high as an astronaut in the stars.” Meanwhile, the girl stays at home with Mama. Together they go to the cafe, the library, the market. Together they watch movies, snuggle and attend a welcome party, briefly marred by the girl’s short-lived resentment. This reference to conflicting emotions naturally stems from charming art and lyrical storytelling. It is not important that the family is portrayed as being African American and having same-sex parents. Instead, the focus is on learning how to deal with everyday emotions.

A strong kid grows into a strong man, the kind who lifts heavy logs, pulls firetrucks, and carries sandbags in stiff competition. How Rob became “the most powerful person in North America” ​​is told in this powerful autobiography that doesn’t get past his biggest challenge: being himself. He prefers colorful streetwear, at first he goes with faded and competitive sportswear. After that, one of his fellow weightlifters challenges him: “I’ll wear bright colors with you.” They do, and success follows. Rob becomes the first openly gay professional strongman and shatters stereotypes about what it means to be gay. As for his larger goal: inspiring kids to train to be the person you said you’d never become.

People walk, play, chant and sing. Some ride motorcycles and some drive convertibles. Some carry flags and some carry banners. He wears a lot of costumes, and few wear anything at all. This is how a girl describes a day at Pride Parade in San Francisco in this beautiful multi-decade picture book drawing on the author’s childhood memories. The local details are fun, especially the BART trip to and from the city. The center of the story is Emily. It has two nations, and they enjoy the validation and community spirit emanating from this annual event. They also appreciate something else – getting off the pier to join in. Everyone on the show is proud, loud and colorful — in other words, they are themselves. Herein lies the point.

Messy Roots: A Graphic Memoir of a Wuhan American
Written and illustrated by Laura Zhao
(HarperCollins; 272 pages; $14.99 PB; ages 14 and up)

The pandemic has given a San Francisco artist a career boost. In response to the anti-Asian sentiment generated by COVID-19, the 23-year-old immediately created an impressive comic about Wuhan, China, suspected to be the epicenter of the virus and now her hometown. After the comic went viral, it now served as the basis for her profound influence on graphic memoirs for the first time. Paradoxical art reflects Zhao’s nearly 20-year struggle to define herself as an immigrant, artist, and eccentric. She bravely faces a daunting pack of dilemmas: how to come to terms with her adorable white friends and unintegrated Chinese family in Texas (where Gao and her family moved when she was three), abandon harsh parental expectations and “do what’s right,” avoid tradition by loving freely, and reconciling its chaotic Chinese and American roots. Screams for San Francisco: Here after college you discover what home should feel like. The detail narrative and the beautifully candid revelation chronicle her anxiety and growth.

Ball ducks (and other animals): the natural world of animal sexuality
Written by Elliot Shriver. Drawn by Jules Zuckerberg
(Katherine Tegen Books/HarperCollins; 240 pages; $17.99; ages 14 and up)

This amazing treatise covers everything teens may not know until they ask about the sexuality of animals. Is sex with all animals a trade (reproduction) without pleasure? Is queer attraction a matter of nature or nurture? What about bisexuality, polyandry, group sex, trans identity, hermaphroditism and heterosexuality? How does the evolutionary advantage appear? Questions to go on and on. In context with his sharp and often personal vision, a famous novelist and student of animal behavior provides answers based on scientific research. Cartoons and interviews of scientists add humor and oomph to the vivid examples that build a strong case, from doodling insects to dolphins to ducks, that strange behavior in animals is diverse, complex, and natural. Thus, the startling (and reassuring) information removes old moral judgments about sexual preference and gender to shed light on “what is interesting and important in human behaviour.”

The answers are on the pages
Written by David Leviathan
(Knopf; 170 pages; $17.99; ages 8-12)
A book challenge at a school in Virginia prompts this timely novel that explores attitudes toward censorship and homosexuality. In the alternating chapters, three story lines advance that are loosely interconnected but never unite. One is about the mother of a boy who sees a gay indoctrination in a book for fifth graders. Call the manager. The latest episodes of this book show how two young heroes frustrate an evil genius and feel mutual love. Maybe platonic? The third tells the development of a relationship between two men in another chapter. There is a kiss. From this entanglement arises one big question: does the objectionable book go or stay? Speakers from the Parental Rights and Freedom of Expression crowd take the microphone at a crucial school board meeting. Author Leviathan talks about himself through a gay teacher and a gay child. Their points: Books don’t make people gay. You cannot say that there can be no books about us. Do you hear that, Florida?