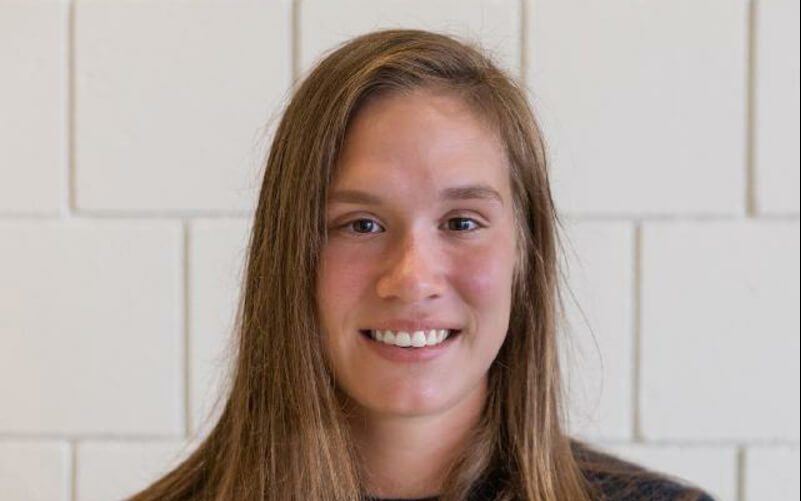 The Miss Maine Softball award has been introduced to the sport’s VIPs in the state since 1999, while the Miss Maine Basketball was first introduced in a similar fashion in 1988.

Christopher takes pride in dual accomplishments, but this personal pride stems in large part from the message she gives to others seeking to follow her athletic path.

“It’s really special, to be able to show younger kids that being a multi-athlete and being successful in both is something you can control and something you can do,” she said. “I think that’s the biggest takeaway for me.”

Christopher validated this statement through her efforts on both the basketball court and the softball court.

This spring, Christopher was named Kennebec Valley Athletic Conference Player of the Year for the second consecutive season after hitting 0.538 with eight doubles, four triples, two home runs and 24 strokes on the Skowhegan softball team.

Skowhegan Shortstop also scored 32 points, stole 18 bases and had 0.589 on base and 0.877 slow ratio while leading 2021 state champion River Hawks to a record 16-3 and a trip back to the Class A North title match before second seed River Hawks were overturned by Mysalunsky No. 9 from Auckland.

It came after a major basketball season when Christopher averaged 23.5 points, 9.1 rebounds, 4.9 assists, and 3.5 steals per competition during the regular season, scoring 24 points and collecting nine rebounds as Skowhegan beat Greely High School of Cumberland Center 60- 46 in the Class A state final to finish the season with a 22-0 score.

“I’ve always enjoyed playing softball,” Christopher said. “Basketball is my love, but to be able to do it [in softball] It’s really a credit to my coaches and teammates for always pushing me and my family for always being there for me. It’s really special. “

Christopher’s diamond career began as a baseball player for Skowhegan’s Cal Ripken League from ages 8 until age 12 before transitioning to softball in middle school.

“At the end of my 12th year in baseball, I played in three summer softball tournaments and the hardest adjustment at first was watching where the pitcher was throwing,” she said. “Other than that, it was very smooth, and just being able to play in those three leagues really helped me get into middle school the following year.”

Christopher also changed positions after playing the catcher during the Cal Ripken League years, a renunciation of her love of basketball.

“When I switched to softball, I just went for a short game because there’s less pressure on your knees and when the focus is on basketball, it makes more sense,” she said.

Christopher continued to play softball despite her focus on basketball, although softball was largely limited in the spring.

“Softball for me is more of a season,” she said. “I’ll play a little bit in the summer, but mostly basketball throughout the year and then softball during the season.”

Tuesday’s All-Star Game will likely be Christopher’s last foray into softball, as she is scheduled to play scholarship basketball at Boston University in the fall.

“It’s emotional,” she said. “Softball was really special to me. It was always something less stressful because basketball was so important to me that sometimes I put a lot of pressure on myself. But in softball, I always found a way to have fun, and that’s something I’ve always loved. I love the atmosphere, My teammates and coaches have always been very nice.

“It’s bittersweet, but I’m excited for the next chapter.”