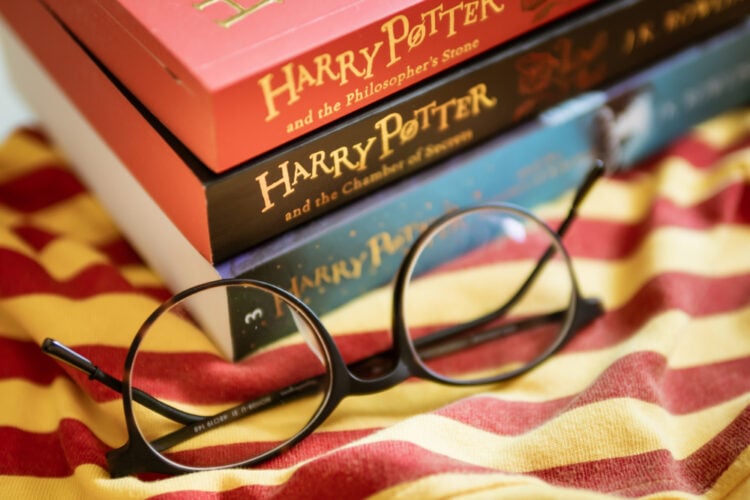 Answering the question of what children’s books are the best selling children’s books of all time is more complicated than it sounds. In theory, finding out how many copies of a particular book have been sold is quite simple. Unfortunately, it is also laborious and time consuming, which is why there is not a lot of accurate, up-to-date information available to the general public for free. Furthermore, there is the question of what people might consider children’s books. For example, including comic books produces very different results than excluding comic books. Something similar can be said about including and excluding books that are mostly text as well.

The Harry Potter series is the bestselling book series released by a large margin. Moreover, it differs from the runner-up Goosebumps in that it consists of only seven books. For comparison, there are more than 200 Goosebumps books, which didn’t even mention the fact that the series is still going. As such, it should come as no surprise to learn that every Harry Potter book is on the best-selling children’s book list, with Half-Blood Prince no exception to that rule.

9. Harry Potter and the Order of the Phoenix – J.K. Rowling – Over 60 Million Copies

Speaking of which, the Harry Potter series is one of those series that has grown up with its target audience. There is a big difference between the earlier books and the later books. As such, The Order of the Phoenix and the two books that followed are at the ripe end of the children’s book thing. Anyway, it still sold very well.

8. Harry Potter and the Goblet of Fire – J.K. Rowling – Over 60 Million Copies

The Goblet of Fire can be considered a transitional point for the Harry Potter series. Before her, the main characters were children, which reflects the intended audience of those books. Goblet of Fire saw those characters as teens, which in turn meant some dramatic changes to the overall story. For proof, look no further than the fact that this is the book in which the series’ main antagonist came back to life.

7. Harry Potter and the Prisoner of Azkaban – J.K. Rowling – Over 60 Million Copies

The Prisoner of Azkaban is the last Harry Potter book listed as having sold over 60 million copies. However, later books in the series seem to have sold fewer and fewer copies, probably because not everyone was willing to follow the series to the end.

The Chamber of Secrets is said to have sold 77 million copies. This is a step down when compared to its immediate predecessor. However, that means very little when Chamber of Secrets remains one of the best-selling children’s books ever released in its own right.

Most people will be familiar with the Disney version. However, it is important to note that Pinocchio’s movie was based on pre-existing source material, which could be very different in some ways. For example, the adventures of Pinocchio played an important role in making Italy a single country. Something that makes more sense when one realizes that it was written about a decade after the successful unification of Italy. Besides, the book had some unforgettable life lessons as well. To name a few, donkey transformation was a metaphor because ass referred to both a child who refused to study hard and an adult who had to work hard. As such, a person who plays “the donkey” in school risks becoming the “donkey” in their working life.

The Chronicles of Narnia is also a series of seven books. However, most people don’t have roughly the same level of investment in all of them, which isn’t surprising when different books focus on different characters. Regardless, Leo, Witch, and Wardrobe tend to be there for most people, which makes sense because it combines a relatively likable cast of characters mostly with big, dramatic events that end in a relatively positive way.

Alice’s Adventures in Wonderland is a work of the Victorian era. However, the fact that she has never run out of print says a lot about her popularity. The Happy Book retains its power to entertain even though some of its references are so old that most people wouldn’t know they’re referring to without a little research. To name an example, Mock Turtle is a reference to mock turtle soup, which uses the head of a calf along with other parts to make a dish that mimics green turtle soup. The latter was expensive, so mock turtle soup became a popular alternative for those who were less affluent than the Victorian elite. For that matter, green turtle populations declined in this period due to human predation as well as other issues, so this was also a problem.

The first Harry Potter book was the bestselling book in the series by a large margin. After all, if we go by these numbers, it has sold 1.5 times more copies than its immediate successor. In contrast, Chamber of Secrets sold better than its successors. Anyway, the American version was called Harry Potter and the Sorcerer’s Stone. Presumably, this happened because the publisher was afraid that American children would not want to read a book called Philosopher. They may or may not be right, but they certainly spoiled the reference, seeing how the philosopher’s stone was the ultimate goal of medieval alchemy that could extend someone’s life and turn base metals into gold.

The Little Prince wrote a Frenchman. Published in the United States in 1943, this was possible because Antoine de Saint-Exupéry and his wife were able to escape from occupied France. He didn’t live long enough to see her. However, The Little Prince was published in his homeland in 1945, and this was possible due to the fall of the Vichy regime that banned it. Anyway, this is the book that ranks first on the list with 140 million copies sold. Moreover, it is still very popular today.