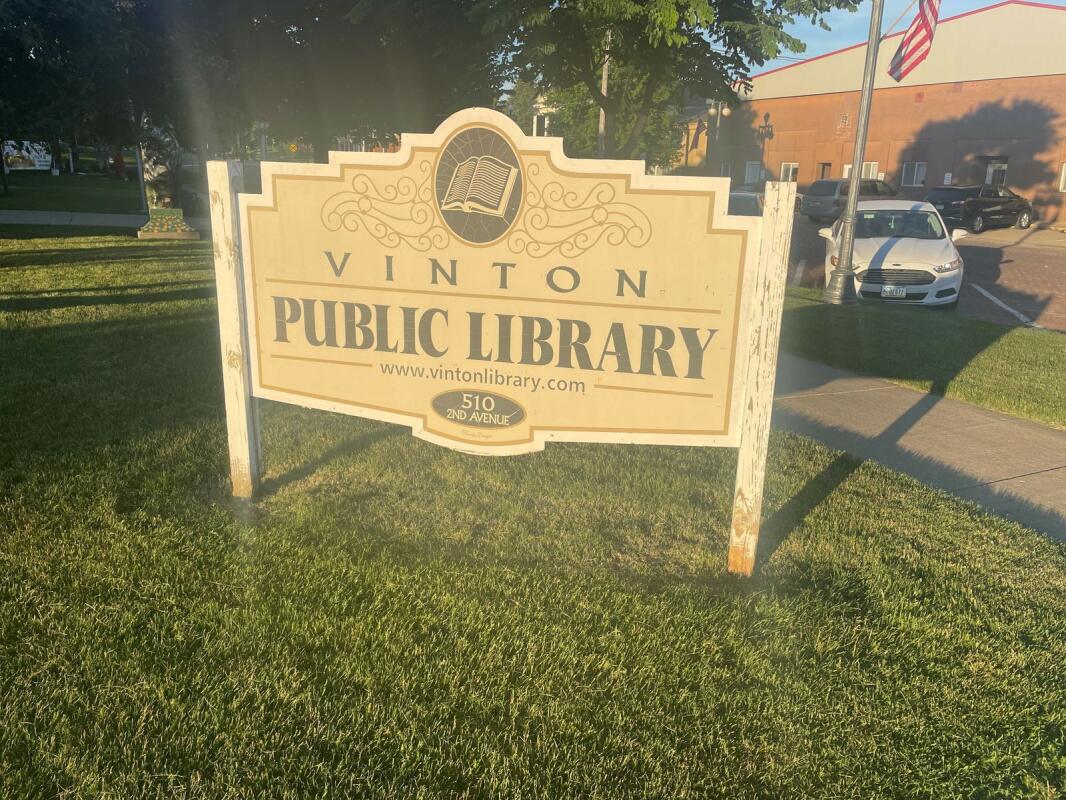 Renee Greenley, the library’s director of six months, recently left. Her experience was as a Children and Family Services librarian at Marion Public Library and she has also worked at Hiawatha Public Library and Kirkwood Community College Library.

The Fenton Library Board of Trustees accepted Greenlee’s resignation earlier this month in front of 100 residents. During the meeting, about a dozen people spoke out for – and against – Greenlee.

Some residents have accused the library and its former managers of having a “liberal agenda” for openly hiring LGBTQ staff and offering books on LGBTQ topics. They argued that books on religion should be presented equally.

In March, Brooke Krukenberg of Vinton said the library had a “liberal agenda” based on book choices and hiring Greenlee and its staff, Vinton Newspapers reported. She and her mother, Deb Hesson, advocated for more Christian content.

“There seems to be a slow and sluggish agenda moving into our local library culture through staffing decisions and books that have crept into the library’s children’s section,” Krukenberg said at the March meeting. “I don’t think the library represents our city well by hiring the majority of employees who are openly part of the LGBTQ community.”

Greenlee said at that meeting that of the nearly 6,000 children’s items in the library, seven contained LGBT titles and 173 were based on the Christian life.

While members of the library’s board of directors approved Greenlee’s resignation, they also adopted an ethical statement and new rules for the board’s public comment period.

The ethics policy states, in part, that board members will respect the opinions of their colleagues and will not be swayed by public pressure or fear of criticism, library board chair Jimmy Kelly told the Des Moines Registry.

“The goal is to reassure our next manager that we support the tasks they need us to do,” Kelly said. “We understand our role as a board and take that very seriously.”

Fenton, a town of about 5,000 residents and the county seat of Benton County, also saw the resignation of another director, Janet McMahon, in July 2021. She is now director of the DeWitt Public Library in Clinton County.

McMahon told The Gazette last week that she had a good library staff in Fenton, some library board members who were “absolutely cool” and others “who were challenging.”

“Not everyone was as supportive as the others when the library needed to advocate for inclusion and diversity in its materials,” she said.

However, no official complaint has been made regarding those books.

“This puts library administrators in an interesting position because if no one fills out the reconsideration form, there is no way for the library to respond,” she said. “I am a firm believer that everyone can have the right to express their own opinions, but they have no right to tell others what they can or cannot read.”

McMahon said that instead of making a formal complaint, some people check books and don’t return them.

“And it’s material theft,” McMahon said. Then we had to go through an operation to get them back. … We know that the people who took them out were filing complaints with other city officials and people around me without going through an actual process.”

McMahon noted that some residents have argued that the library should display more books on former President Donald Trump.

“Kamala (Harris)’s book was delivered to the library when I spoke there, and Joey’s book was an order from a library patron,” McMahon said. “It wasn’t intentional.

I can’t buy what doesn’t exist, and there have been no good books on Trump. Material selection is usually a long process. We pay attention to reviews, publishers, and the needs of our group as a whole. We don’t just say what looks good on Amazon.”

McMahon said that the way Fenton was treated quickly became personal and uncomfortable, to the point where she was no longer happy to live in that community.

“When they refuse to file a formal complaint and don’t go through the process, it becomes side conversations constantly, and you can’t even defend yourself because you don’t know where it’s coming from,” she said. “It’s personal, it’s not even about the job and that’s not good.

“When I had had enough, we couldn’t function properly as a librarian, so I decided to find a community that would better fit me as a librarian and my standards of library ethics.”

By the end of the week, Fenton Library board members did not respond to a request for comment.