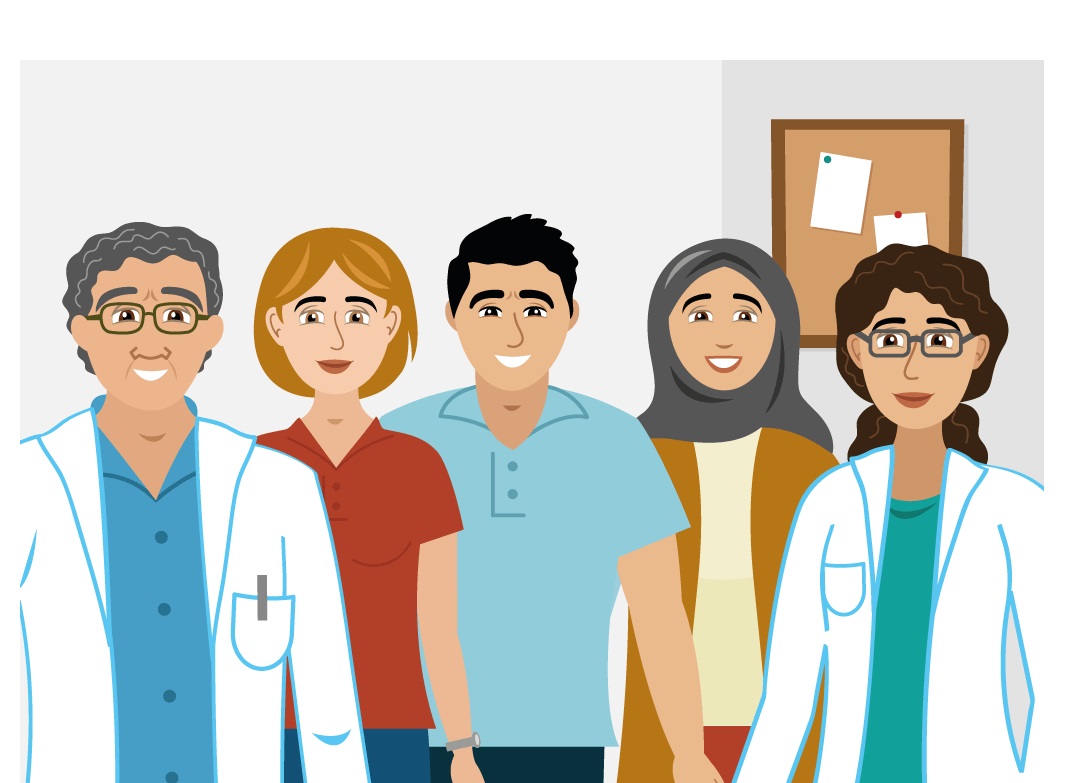 A new digital mental health intervention, step-by-step, developed by the World Health Organization (WHO) jointly with the National Mental Health Program (NMHP) at the Ministry of Public Health of Lebanon and other partners, has been effective in reducing depression among Syrian refugees. In Lebanon, according to a study published in PLOS Medicine.

The study, a randomized controlled trial, supported by Elraha Health in Humanitarian Crisis (R2HC) research, was conducted among depressed and functionally impaired Syrians in Lebanon. It found that people who received the digital intervention with remote guidance from trained non-professional assistants were significantly less depressed and had significantly better performance after the intervention compared to those who received improved habitual care in the control group. Subjects who received step-by-step also showed improvement in symptoms of anxiety, PTSD, well-being, and personal problems, with all improvements maintained at the 3-month follow-up. This study supports the results of a parallel, step-by-step trial with Lebanese and other residents living in Lebanon, which showed similar positive results.

All 569 Syrian adults enrolled in the trial, which completed in December 2020, were from Syria. The average age of the participants was 31.5. The majority (58.3%) are women, and the majority are married (70.1%). Most of them had primary education (32.0%) or secondary education (36.7%), and the majority were unemployed (58.7%). Half of the participants received a phased WHO-guided intervention delivered as a hybrid app for iOS, Android and web browsers, and the other half received augmentative care as usual alone (consisting of basic psychoeducation and referral to evidence-based care).

Step by step is a 5-session WHO digital intervention designed to treat depression through an internet-connected device, with weekly support (eg, a 15-minute call or message) from trained non-professional assistants. It provides psychological education and training in behavioral activation (such as doing more enjoyable activities) through an illustrated narrative, with additional therapeutic techniques such as stress management, gratitude exercise, positive self-talk, enhancing social support, and preventing relapse.

It includes step-by-step 5 storyboard sessions with audio recordings of the text to support accessibility. Each session is divided into 3 smaller parts, which take an average of 20 minutes to complete. Each session is opened 4 days after completing the previous session to give the person enough time to practice the skills and exercises they learned in the previous session. Users are advised to complete one session (all three parts) per week.

Possibility to extend digital access to other displaced populations

Given the impact observed in the study on depression, functional impairment, anxiety, PTSD, subjective well-being, and self-identified problems, and step-by-step assistance can be provided by trained non-professional assistants to IDP communities with digital access, the findings suggest Experience indicates that the intervention can be part of an effective strategy to improve mental health among other displaced populations with digital access. The National Mental Health Program in Lebanon aims to expand mental health care in line with the National Mental Health Strategy, but resources are limited. Based on these findings and the results of a parallel trial conducted with Lebanese and other populations living in Lebanon, the National Mental Health Program in Lebanon has scaled up the intervention at the national level so that it is accessible to all adults in the country.

The number of forcibly displaced reached 89.3 million at the end of 2021 and is estimated to have increased further to over 100 million, due to recent global events.

Approximately 6.8 million refugees participated in the war in Syria. Lebanon, with a population of nearly 7 million, hosts around 840,900 displaced Syrians. After fleeing in search of safety, IDPs face persistent hardships, including unmet basic needs, language barriers, uncertainty about the future, social isolation, and discrimination. As a result, they are at risk for psychological disorders, such as depression, anxiety, and post-traumatic stress.

It is estimated that 22% of displaced and war-affected Syrians in Lebanon suffer from moderate to severe depressive symptoms. Although depression and other common mental disorders are a major cause of disability, the vast majority of IDPs do not receive treatment. This is particularly true in low- and middle-income countries where only 1 in 27 people with depression are likely to receive evidence-based treatment and less than 1 in 1,000 displaced people seek help from health services for common mental disorders. This study suggests that step-by-step can contribute significantly to addressing this treatment gap.