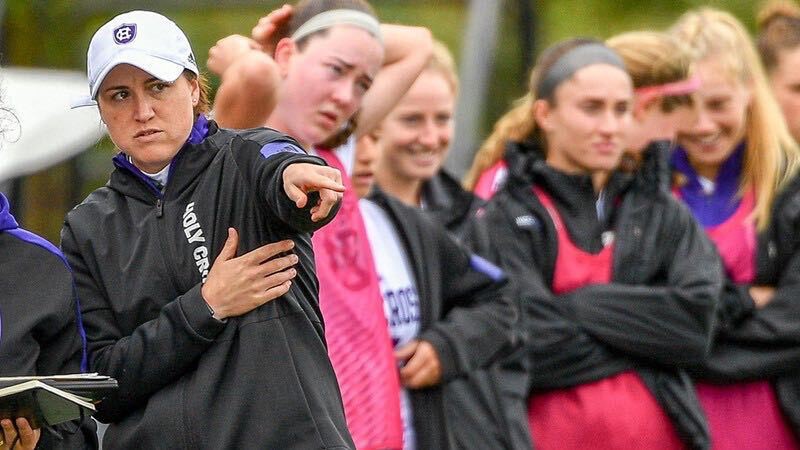 Casey Brown returns to Boston University as the new women’s soccer coach. This is Brown’s third head coach position in her career, but this time it’s different.

A little over a decade ago, the native Natick played at Boston University under the program’s inaugural head coach Nancy Feldman, who retired earlier this year.

As a freshman at Boston University, Brown had a quick introduction to Major League Soccer.

“My first ever college game was extra time, being played every minute we excel [Boston College] in double overtime at Nickerson Stadium,” Brown recalls. “Then she flies to Stanford and beats third-seeded Santa Clara in the country. It’s like a welcome to the next level..”

During her four College Communications graduate years, the team played in four NCAA tournaments which included the first-ever big show for the American East. Not only did she succeed on the court, but she also began to get acquainted with Feldman’s ideas in coaching.

“It felt like we got to a place where I would probably be training a little bit,” Brown said. “[Feldman] And I was very in sync as I was trying to help drive in the field, what she was saying before in the locker room or on the sidelines.”

Thereafter, the three-time American Eastern Defender of the Year would accept the position of Head Coach at the College of the Holy Cross. Brown’s four years with the Crusaders were a learning experience.

“I got into a program that needed a complete makeover,” Brown said of her time in Worcester. “It’s by far the biggest challenge I’ve probably received as a coach…take over this program and turn it into something different. It’s hard to change the culture. Getting the environment right is everything.”

Brown was successful at the Holy Cross, introducing her team to the Patriot League for the first time in nearly twenty years. She was named Patriots Coach of the Year in 2019.

In the early months of 2020, she was ready for a new challenge and accepted the position of Technical Director at the University of Pennsylvania.

“After a successful and truly historic last season at the Holy Cross, Ben called me and there was such a drive,” Brown said. “I’ve always been in high academic environments, and I think the Ivy Women’s Soccer League is great.”

But the COVID-19 pandemic would add to the complexities of her second training gig.

“I think my last day at Holy Cross was on March 13th, that Friday when everyone started sending them home,” Brown said. “I started in Pennsylvania this Monday or something. So when I started, I didn’t personally start in Pennsylvania.”

With the Ivy League deciding not to hold competitions during the 2020-2021 school year, Browns had a full year before their first game with the Quakers. Brown’s time in Pennsylvania changed her way of thinking as a coach.

But with her ties to BU and her respect for the administration, it didn’t make sense for Brown to return to her old lands.

“Having a bedroom overlooking Nickerson Stadium, are you kidding me?” “What a great thing, being in the middle of Boston and looking out over the court you’re playing on,” Brown said. “Things like that have been great.”

It also specifically mentioned the sports department and its leadership.

“Since I was 19, I just saw [BU Athletic Director Drew Marrochello] “He has gone up through his career and his leadership and what he has done for this division is fantastic,” Brown said. “I work with and under and with a department that knows what I’m up to.”

Brown will have a strong roster returning from the team that fell to the National League Championship last season.

“What’s important to me is the response and that we have players that are really hungry to play in the BU team and excited to represent that,” Brown said. “I know there is talent and I think the challenge and the fun for me as a coach is to be able to bring this group together.”